After over 4 years of blogging, I have read and heard from so many women who are mortified at the idea of “plus-size flying”.

And that is why I wrote this post. To empower and help dissipate any anxiety and preoccupations plus-size travelers may have, related to the idea of flying as a big person.

The struggle of being a fat flyer is real. But so is the possibility of flying relatively unharmed, physically, but mostly, emotionally. I have included a little “mantra” at the end. A few sentences to remind you that it’s OK to be a big person and want to fly and see the world.

VERY IMPORTANT: I didn’t write this post to diminish anyone’s feeling. It’s actually the last thing I want to do. Because fear the fear of flying plus-size is a – very justified and understandable – fear.

On a lighter note… I’m afraid of frogs and elastics, which are rather silly phobias if you compare to the topic discussed here. #Wink

I am not afraid or anxious when it comes to flying.  I don’ think I have ever been.

I know it’s hard to believe, especially since the media bombard us with more fat-shaming images and messages every day and since the airlines are getting worse by the minutes when it comes to the way they have been treating customers.

First time I flew, I was already a big woman.  I didn’t even know how small are airplane seats. I never thought that maybe the seat belt wouldn’t fit. (I only found out once I sat my butt on the plane!)

First, I think it’s important – and safe – to say that I tend to be an optimistic person.

I was super excited about my first trip (New Orleans!). When I was finally able to board the plane, a very small Embraer Regional Jet, I was also incredibly tired because our flight was delayed. Delayed so long in fact that, before we even took off from Montreal, our connection in Chicago was a thing of the past.

Oh, did I forget to mention my pre-boarding misadventures? That my suitcase was, for a while, considered “suspicious”? That I paid a visit to the US customs?

And how about the fact that, near the end of our flight, our plane was diverted to Flint, Michigan, since we left from Montreal so behind on our schedule that we couldn’t land in the Windy City? (Oh, those 2 hours on the Flint tarmac in a tiny plane and with a single – broken – lavatory for everyone. Unforgettable.)

I swear. Everything – the “suspicious” suitcase and the visit at the US customs, the “I’m going to have to ask you to come with me”, the time in the room with “the-mirrors-that-are-not-really-mirrors”, the delay, the missed connection, the diverted flight – happened for real.

On the same morning. For the same flight.

So guess what… With the exhaustion from all these misadventures… I had no energy left to be self-conscious and stress out about being a fat flyer! Even though there is enough material here to traumatize me for the rest of my life!

From then on, I have been flying a few times a year. Never had any issues until fall of 2012. Destination India. That is when I first lived my fair share of size-related “trauma”. That was the only (few) times it happened. Never experienced anything similar before or after. A comforting average, don’t you think?

And yes, each time, I felt bad for a moment. I felt discriminated against. As if “I” was inappropriate.

But then I realized that the size of my butt wasn’t the problem. 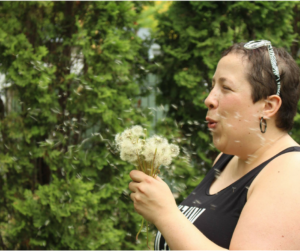 And even in those circumstances, I forced myself to focus on the good stuff. On the past, but also the upcoming adventures. The ones we planned, and the ones we had no clue about yet. Of the souvenirs I already started piling up, in my head, my camera and my backpack.

Harboring bad feelings would have been useless. And bad for my mojo.

I think I have already mentioned that I tend to be an optimistic gal… or have I?

Still, I find it unacceptable that airplane seats are constantly shrinking. And how the airlines are watching us, fat and thin, point fingers and blame each other, while they keep on making the big bucks on our paying consumers’ backs.

Here is the “mantra” mentioned earlier. If it helps any of you, even if it’s just one person, this post will serve its purpose…

► I refuse to give people power over my money. ◄

No, I won’t buy two seats. Because I shouldn’t have to.
If they were of a decent size, we wouldn’t need to consider this an option.

► I will not allow anyone to mess with my mental health and well-being. ◄

I will not tolerate being disrespected. I have the right to exist and I deserve respect.
At MY size. Just like everybody else.

► I refuse to let anyone – or anything that I can control – ruin my travels. ◄

I won’t let fat-shaming, conscious or not, take over and spoil my journey. I will do my best to control my emotions and not let bad feelings ruin my journey. I owe this to myself.

► I will not be made miserable or let intolerance and ignorance win. ◄

► I refuse to let my size decide what I should do. ◄

My body should not stand in the way of me trying something new.
I will let my interest and passions do that and drive me.

I will resist succumbing to fear. Especially the fear of being – openly or secretly – judged by others.
I know my value and strangers don’t know what I am worth.
But mostly, I will let go of the fear of… being afraid! I will do my best to embrace what comes my way!

► I refuse to consider flying a privilege. ◄

It is a service that I pay for. Like all my fellow passengers.
I have the right to be there as much as they do.

For some, this will be futile. I don’t think it will be the case for everyone though, considering what I have read online in the past few years. It’s not much, I know. But it can’t hurt to try, can it? It was actually quite an exercise to translate into words something that I usually experience as a state of mind. But I am glad since it’s quite in tune to what I tell myself to remind me that I am in my own right to want to fly and enjoy every moment of every trip. I felt I owed it to you to at least try to put it into writing!

Like I mentioned earlier in this post, I have never dealt with overwhelming fear and/or anxiety like some of my fellow plus-size travelers do. And, with time, these already rare moments of doubt become ever scarcer and further apart. Isn’t this great?

I recently got in touch with Mr. Tony Harrell, travel consultant & owner of Abundant Travel, a travel agency aiming at providing the best travel experiences to people of size. Here is the first of a two-part Q&A Mr. Harrell was kind enough to participate to! ►►►

With a new, steaming airline mess every week, it was just a matter of time before a “plus-size flying” related scandal emerged. And so it came. Last week. ►►►