“Plus-Size Bulgaria: Vratsa” is the 2nd post of a series dedicated to my recent trip to Bulgaria. In a little less than 3 weeks, in September and October 2017, I have been around this country and discovered it through 6 different cities. East, West, North and South, I have sampled many different Bulgarian regions and it’s now time to share my adventures and discoveries!

Vratsa (in Cyrillic: Враца) is another city located in the heart of the Balkans Mountains. (Just like Sofia). With a population slightly over 60,000, Vratsa is the center of the province that shares the same name. 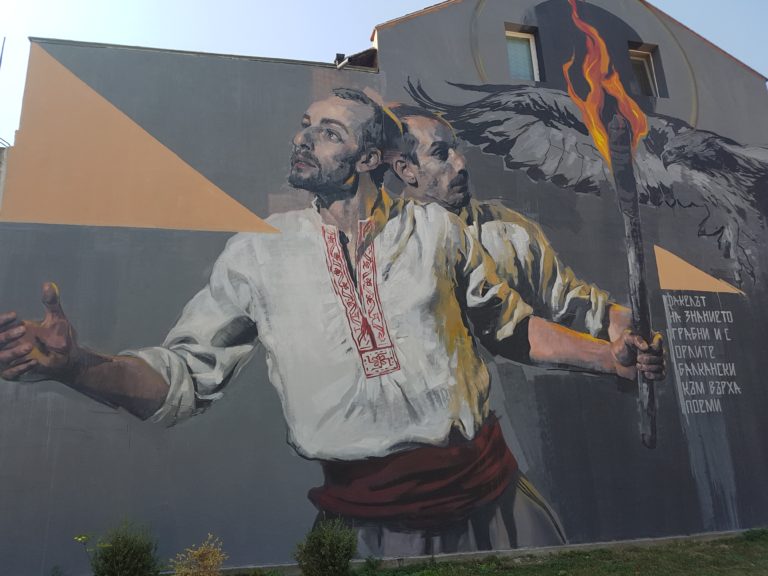 After the hustle and bustle of Sofia, I knew that the peaceful hill landscape of Vratsa would be a relief. And it was just a little over 100 km away and quite easy to reach…

Then I found out that the lush mountains surrounding the city were ideal for hiking… and I was happy to oblige! And since the trails begin on the outskirts of this (small) city… There are no excuses not to walk there and just get into the woods and on the mountain!

The Vrachanski Balkan mountain surrounds the city, which isolates it a bit from the rest of the world… but not disconnected, worry not!

On my first day, I took some time to explore the city. I enjoyed some time on the terraces of the main – pedestrian – street, (Nikola Voyvodov), and did some grocery shopping for the next day… the hiking day!

On my first night I was – literally! – rocked to sleep by the hits of some nostalgic bar in the city. Through my open window, I could hear some old Metallica, AC/DC… some Rammstein even! (The weather was still quite warm, and my room being on the 3rd floor, I needed some cool air to get in!) Vratsa: Bulgarian Rock city… even on a Monday night!

So after a first day of exploration, the best part was yet to come…

That day, I woke up early to a beautiful, cool and sunny morning. Very promising! I walked from my hotel all the way up to the Vratsa Hut, where the Monument Messenger of Freedom is… This is where you will get the best panoramic view. From there, you see the city and the mountains around. (See for yourself in the picture above!) 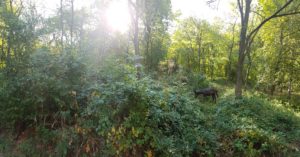 I then made my way slightly down the hill to connect to a series of bike path and trails to end up nearby Chayka Hotel, then continued to follow the Leva River for a while. In a little over 5 km of trails and paths, I  saw pretty flowers, some sticky thistle and had an unexpected meeting with a horse in the woods. It was time for me to take off my hiking shoes and chill out with my feet in the (Leva) river. And enjoy the peace of nature a bit! 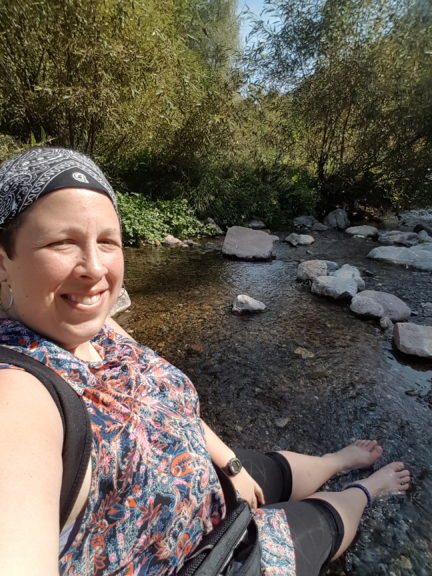 To my surprise, I was now in the periphery of Zgorigrad (Згориград), the neighboring city… oops! Luckily, the GPS on my phone brought me back in town. (There is only one major road between the two cities anyway… You can’t stay lost for too long!)

I called it a day somewhere around 2 PM. That day, I totaled approximately 8 km of hiking that day. And it ended with a beer and a pizza at Pizza Corona, on Nikola Voyvodov Street! The street where my discovery of Vratsa started… and ended!

The next day in the late morning, I left for Ruse. This city by the Danube River is a major crossing point into Romania…

Who is the Plus-Size Backpacker?

Hello everyone. I decided to create this blog as a tool for budget travelers in general, but mostly to try to provide creative answers and suggestions to the challenges faced by plus-size travelers, especially the one who are traveling (by choice or necessity!) on a budget. ►►►