I had a chance to exchange emails with Mr. Gabor Lukacs, 33-year-old mathematician from Halifax, Nova Scotia, who has been fighting with airlines for the past few years for numerous reasons, including the rights of plus-size passengers.

Happy to present you an advocate of the cause, who has been very in demand recently and who was seen and heard in numerous outlets in the past few days, including Canadian national television CBC.

Not all the actions that you have filed up to now are regarding passengers of size; what are the other passengers’ rights you are fighting for because you feel they are baffled?

Currently, I have an ongoing complaint jointly with a passenger about Air Canada having two different sets of policies with respect to reimbursement of expenses for delay: one that is public, which pretends to comply with the Montreal Convention, and one which is kept confidential, which provides much lower amounts. It is the latter that is being applied in practice, and it is illegal.

I am also involved in the case of two blind passengers who were booted from a Jet Airways flight because their guide dogs had no muzzles.

In your opinion, what is/are the biggest challenge(s) for travelers of size planning to fly somewhere?

Airlines are trying to make more money by shrinking the seat sizes. It affects everybody, but of course, large passengers suffer the most. 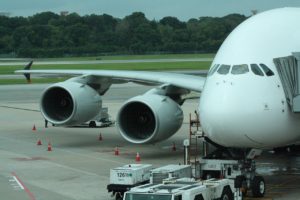 What are your thoughts on the “One Person, One Fare” policy currently being implemented by the Canadian Transportation Agency?

Unfortunately, it applies only to domestic flights. It was a great ruling, but it should be expanded to international flights too, and also to passengers who are not “medically” obese, but just so large that they inconvenience other passengers. After all, the problem is that airlines shrink seats, not just that the passengers are large.

What are your hopes/wishes in regards to the commercial aviation and passengers rights, whether it’s in Canada, the USA or the rest of the world?

Canada is very much behind the rest of the Western world when it comes to air passenger rights and their enforcement.

The US Department of Transportation hands out fines to the tune of millions of dollars. In Canada, the Agency issues mostly warning letters, and in a few cases some symbolic fines. The manager of the enforcement division is on a first name basis with the industry.

In 2013, the Harper government appointed Sam Barone as the Vice Chair of the Agency. Mr. Barone was a lobbyist for the airline industry up until the date of his appointment (see here and here).

Since then, things have been going downhill, and the Agency is more and more reluctant to enforce even those rights that do exist. They have become an instance of “regulatory capture”.

As for legislation, even the US has some basic regulations in place about baggage liability on domestic flights and denied boarding compensation amounts that apply to all airlines across the board. In Canada, we have none of these: the NDP proposed an air passenger bill of rights on a number of occasions, but they were blocked by the Harper government each time. 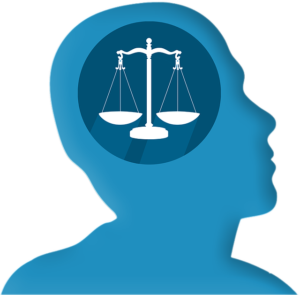 So, the changes that I would like to see are:

1) a Canadian air passenger bill of rights that is similar to the EU regulations, covering: flight cancellations, delays, and denied boardings, baggage liability, and the rights of passengers with disabilities.
2) mandatory legal cost awards to passengers represented by lawyers in all successful claims against airlines — this would make it more profitable for lawyers to take strong cases;
3) a public inquiry about the regulatory capture of the Canadian Transportation Agency.

Are there other elements that are really important that you care about and that you would like people to be more aware of?

A related topic is the reluctance of the Canadian Transportation Agency to help passengers who are vertically plus-sized (very tall). I received a number of emails from such passengers, actually.

To End the Fear of Plus-Size Flying (A Mantra)

After over 4 years of blogging, I have read and heard from so many women who are mortified at the idea of “plus-size flying”. The struggle of being a fat flyer is real. But so is the possibility of flying relatively unharmed, physically, but mostly, emotionally. ►►►

Most of us already know that when you are flying plus-size, you can ask for a belt extension in order to buckle up while flying. But I found out at my own expense that belt extension + exit row seat = problems! ►►►