Fat-shaming is one of the buzzwords in the plus-size / fat-acceptance / size-positive blogosphere. Because it’s an everyday reality of the big folk’s universe.

Fat-shaming happens to – but is not limited to – most people who own their fatness. To those who refuse to disappear until they’re thinner. And to people who don’t want to have to lose weight to be valued as humans. It also happens a lot to those who aren’t apologetic about wanting and demanding products and services that – literally – fit them.

A few definitions before we get into this…

FAT-SHAMING
The action or practice of humiliating someone judged to be fat or overweight by making mocking or critical comments about their size.
(Source: Oxford Dictionaries – online)

Based on the Oxford dictionary, “phobia” also means “an extreme or irrational […] aversion to something”. And since “aversion” means “A strong dislike or disinclination”, well… It becomes pretty obvious, don’t you think?

Fat-phobia is not being scared of obesity or being afraid of becoming fat. It’s the act of discriminating, rejecting, being hostile to fat folks, in an active or passive manner. The term is coined like other widely recognized and accepted terms ending in “-phobia”. Think of “homophobia” (dislike of or prejudice against homosexual people) and “xenophobia” (dislike of or prejudice against people from other countries), for example.

With love… from fat-shaming trolls & fat-phobes. 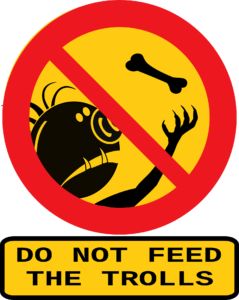 Now, can someone explain something to me, please?

In our very existence in which people get murdered because of their beliefs, race, sexual orientation, gender, political views… Look who’s caring about OUR HEALTH? You, the benevolent stranger? Who doesn’t even know us, most of the time ?

Yeah, well… Sorry (not sorry) for not believing you. Strangers barely help each other in situations of dire needs! No stranger is THAT caring. Especially on Twitter. Particularly profiles with generic pictures, who look up fat-positive / fat-acceptance hashtags to hunt down people using these hashtags.

Stop trying to cover up your disgust for fatter bodies under fake caring. You don’t find fat bodies pretty, attractive? That is A PURELY AESTHETIC opinion. And definitely not a health matter.

So no, I don’t believe you genuinely care about our health. I call bullsh*t on your pseudo-caring pretenses.

Oh, and by the way… If you cared so much, you would stop annoying us… Obviously, you don’t care very much about OUR MENTAL HEALTH!

Note: When you spend hours watching videos of big people to compile your “Top 10 Fat People fail”, you’re sending everyone mixed messages. Who would watch voluntarily and for hours something that grosses them out… unless it doesn’t really disgust them? Maybe you’re more into fat folks than you thought, after all?

Sincerely… the ex-fat who knows better. 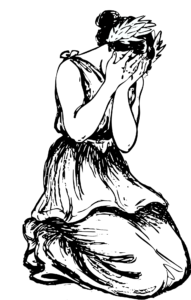 Good for you if it makes you happy to be thinner. See, fat people don’t have anything against other people’s happiness.

Unless the reason why you lost weight is fat-shaming…? Then I am sad for you. Because that means that, someone, somehow, convinced you that you would be more valuable as a person if you were thinner. And that really sucks. I’m pretty sure you had the same goodness potential in the bigger, former version of you.

Many of us went did go through your struggle. For Buddha’s sake, I PAID (way too much money) to enroll in Weight Watchers for a few months about 10 years ago! Guess what? It worked… for as long as I frantically weighed/measure my food. But then I realized that I couldn’t spend the rest of my life doing this. And obviously, I’m not the only one.  Living in a constant state of calculation and “what’s allowed / what’s not”…

Same applies to paying big bucks to have diet meals / food delivered weekly. That is not a viable solution. Not for a lifetime.

Constant, never-ending dieting is simply not viable. The diet industry figured that out a long time ago. If diets were SO successful, they would be out of business like… fast. Since it wouldn’t end up in a vicious cycle of yo-yo-ing.

And Oprah Winfrey wouldn’t be making MILLIONS with the recent surge of WW’s actions’ value. 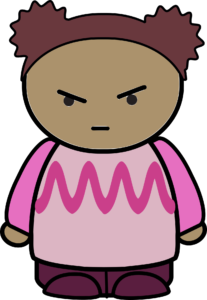 Respectfully yours… It’s all your fault.

Indeed, I have NO WILL whatsoever. No will to be swallowed by the current societal brainwash who values individuals based on their body size. Based on the jeans / dress size they wear. Using a single, purely physical / aesthetic factor to judge of someone’s worth is absolutely ridiculous. Nearing madness.

So many fat people have tried so many diets, exercise plan, and so on… Now, that takes A LOT of willpower. Simply going out in public is, for many big people, an exercise in courage. Because, you know, size bigots are everywhere. And passed a certain size, it often feels like our bodies, our size, become public topics of conversation. So, no, it’s not a matter of (lack of) will.

Sorry for not getting on board the collective weight-madness train. Oh, wait… doesn’t that show a LOT of self-control? Resisting to the constant “standard beauty” brainwash? #JustSaying

And, as fellow francophone plus-size blogger Dix Octobre once said:
“Even if I shoot up with cake, you STILL have to treat me like a human being.”

Obesity isn’t a choice. It’s a result. A consequence. Yes, there is food consumption involved. But there is so much more than that. There is a wide and complex array of economic, social, genetic factors that come into play. (Check out this link from Canadian Obesity Network, an organization with an actual scientific committee, to know more.)

With sincere thanks… But please don’t notice how illogic my comment is.

I have tweeted this in response to the “you’re fat” argument once. I think it’s still quite on point : 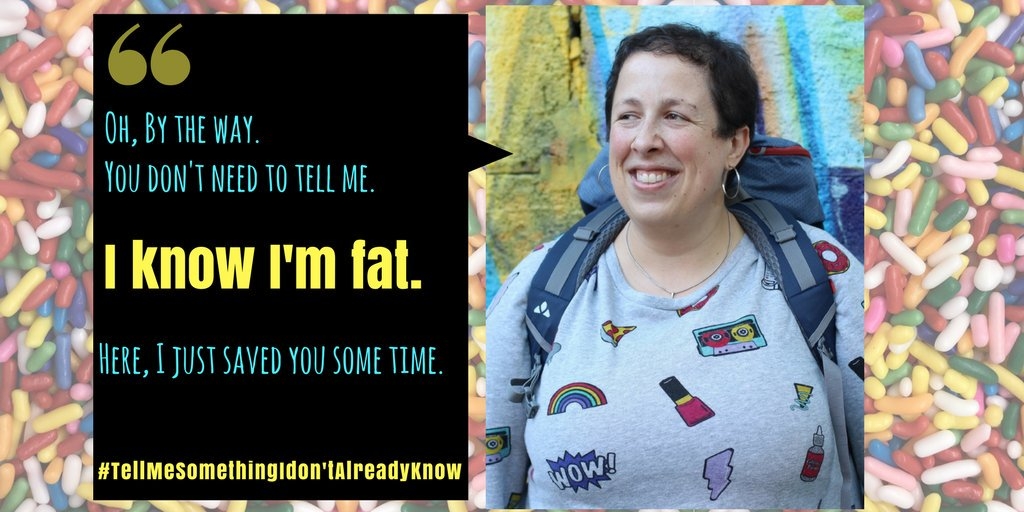 Also, good job on being able to evaluate my health by looking at… MY PICTURE. You’re so skilled! Even my doctor, who spent forever in university to become a health practitioner, still has to take my blood pressure and send me for blood work to know more about the state of my body.

Faithfully… But you’re trying to make others fat. 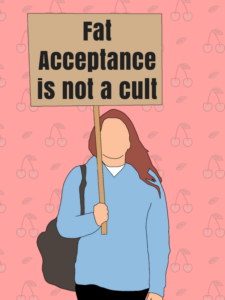 But just so you understand, here it is, once again.

Obesity and fat-acceptance are not recruiting cults! We are not trying to grow our ranks! With all your hateful reactions, it’s rather hard to convince anyone to voluntarily become fat. Many people do get that it’s not easy to be a fat person in a thin-praising, weight-loss-loving world. The only thing “promoted” in fat-acceptance / fat-positivity is respect. The yearning of being treated equally, whatever our size.

For fat’s sake, if we even reach fat-tolerance, it would be a great start.

Fat-shaming isn’t – and will never be – a caring act.

Fat-shaming and fat-phobia remain major concerns for us, big people. Because the real discrimination that emanates from it have real consequences in our lives.

Fat-phobia and fat-shaming are… unhealthy. As anyone ever considered the following factors in “early death” contributing factors among fat people? 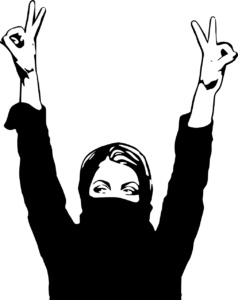 Non-fat and ex-fat people need to understand one thing.

Not all fat people are unhappy with their size situation.

Many people – myself included – do live happy, exciting lives, with their larger bodies. Without significant, “weight-related” health conditions. And that fat-shaming is probably the most important cause of concern we have to deal with.

We deserve the same rights and the same respect.
The same chances and opportunities.

We deserve to be in peace, just the way we are.
Nothing more. But, most importantly… NOTHING LESS.

Last Sunday, The Plus-Size Backpacker turned FOUR! At that age, a blog is a bit like a late teenager/young adult: it knows relatively well where it’s heading but remains open to change if opportunity knocks (or necessity requires it). On the other hand, it still has this desire to please and simultaneously wants to prove its purpose to the whole world, possibly in a flashy, rebellious, non-traditional way! ►►►